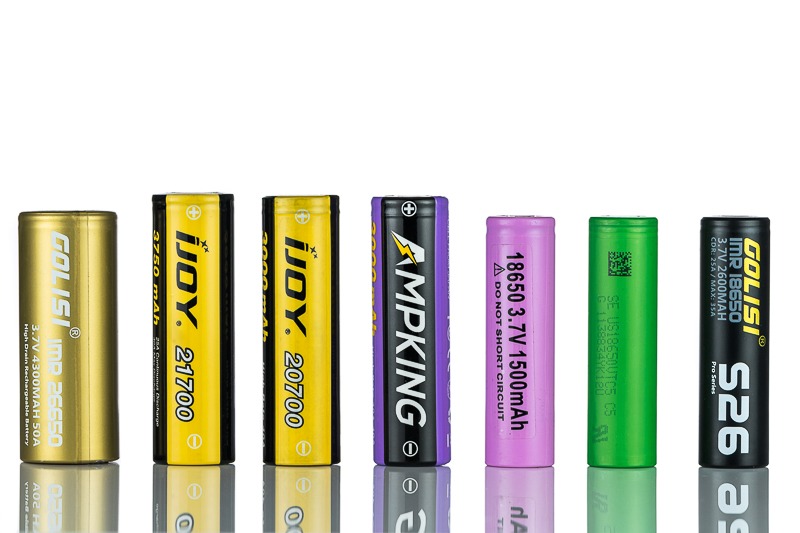 In the number, 18 means that the diameter is 18mm and the length is 50mm, and 0 means that the battery is cylindrical. This battery has a smaller capacity than 18650, and is less used, only a few mechanical battery device is used;

Attachment: the advantages of lithium batteries

1. Large capacity, the capacity of 18650 lithium battery is generally between 1200mah~3600mah, while the general battery capacity is only about 800mah;

2. Long life, 18650 lithium battery has a long life, and the cycle life can reach more than 500 times in normal use, which is more than twice that of ordinary batteries;

3. High safety performance, 18650 lithium battery has high safety performance, non-explosive, non-combustible; non-toxic, non-polluting, and has passed RoHS trademark certification; passed various safety performance tests, and the number of cycles is greater than 500; it is famous for its high temperature resistance. The discharge efficiency reaches 100% at 65 degrees. In order to prevent the battery from short-circuiting, the positive and negative electrodes of the 18650 lithium battery are separated. So it is basically impossible to have a short circuit. A protective board can be installed to avoid overcharge and overdischarge of the battery, which can also extend the service life of the battery;

4. The voltage is high. The voltage of 18650 lithium battery is generally 3.6V, 3.8V and 4.2V, which is much higher than the 1.2V voltage of nickel-cadmium and nickel-hydrogen batteries;

5. No memory effect, no need to empty the remaining power before charging, easy to use;

7. It can be combined in series or parallel to form a 18650 lithium battery pack;