MOTI S lite closed Pre-filled Vape Pod System Kit comes with three cartridges inside the package，although the capacity of a cartridge is only 1.2ml, this 1.2 is very rigorous. Why is it said that？We will elaborate on the product characteristics later. 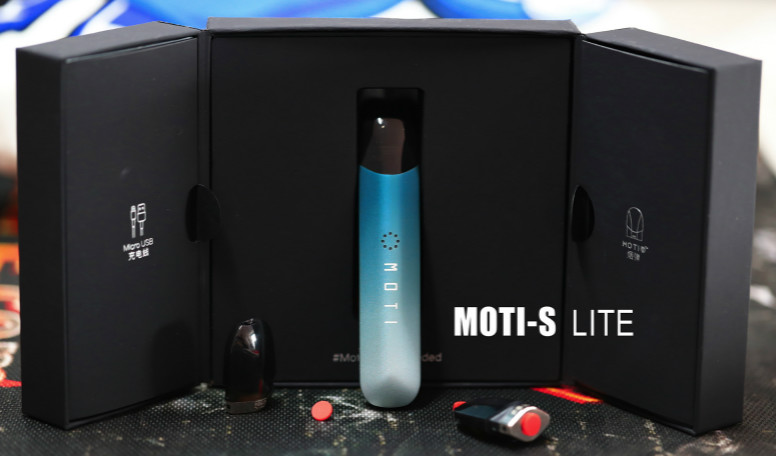 The charging interface is changed to TYPE-C to support fast charging 0-100%, it takes 50 minutes, the greater significance of port C may be that the line does not need to be used to distinguish the front and back! 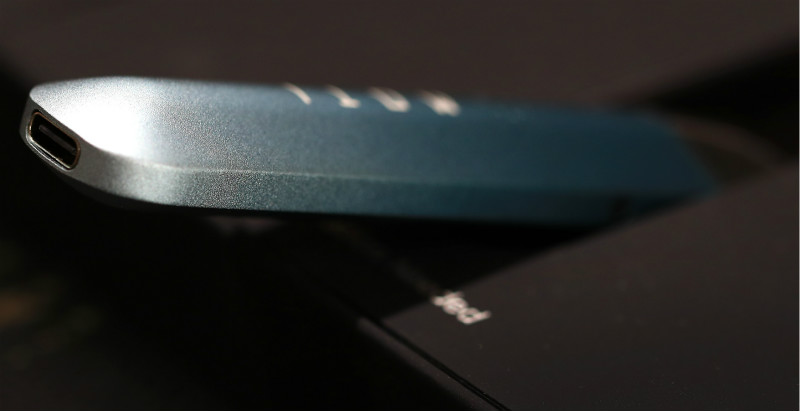 The gradual color anodizing process has absolutely no color faults. There is no doubt that the overall housing cost will nearly double after this treatment.

There are silicone plugs on the top and bottom of the cartridge. Air transportation, negative pressure, high temperature, etc. will not cause vape juice leak.

The only FEELM coils customized by Smoore
The gas passage of the cartridge pod is slightly thick, and the outlet is Y-shaped. It is difficult to be puffed out by the airflow after condensation on the wall.

The top electrode of MOTI S Lite Closed Pre-filled Vape Pod Battery discarded the traditional crimping pin of the pod kits, and changed to a welding plate design, which is more stable and durable.

The heating core will have a curve suitable for those to control the output from the start to the stop. The curve uses an MCU single-chip microcomputer to control the stability far beyond the IC chip，the disadvantage is that it is more expensive!

Why control the temperature?
Because there are dozens of flavors and fragrances in e-liquid, the boiling temperature of each ingredient is different， it will be between 150-220 degrees generally. The too high temperatures will produce harmful substances or even carcinogens (usually more than 400 degrees). If it’s too low, you won’t be able to extract the scent because it hasn’t evaporated completely. That is why LITE’s MCU accurately controls the temperature within the range of 100-220 degrees. Fully volatilized the essence while maintaining a good taste without producing harmful substances. It sounds complicated, but in fact, all of this is done by the MCU inadvertently when you vape! You don’t need any operation settings!

MOTI S Lite Closed Pre-filled Vape Pod System Kit has the lowest capacity for changing pods on the market
Unpacking the box, I said that the worse thing is that the capacity of the cartridge is small. That is not to save e-liquid (the cost of e-liquid is relatively small in the cost of the cartridge) or let users buy pod cartridges frequently，this setting is actually a compromise for flavor.
Those who use RELX or Yooz complained that the flavor gets weaker and the condensate start to enter your mouth easily when using the last 1/3 of pod.

After N times of simulation tests, LITE finally came up with the most suitable volume setting of 1.2ml, which solved the following two pain points that have a greater impact on product experience.

1. Condensation 2. Carbon deposition
The MOTI S Lite Vape Pod System Kit cartridge hardware reduces capacity while preventing condensation. Before the condensation can accumulate too much, the cartridges are exhausted.

The same is true for carbon deposits. Carbon deposits covering the heating core will make the taste weaker, the smoke smaller, the taste is not full enough, and even strange smells appear.

The brand confirmed that it will reduce the price of the cartridge, but I think MOTI S Lite Pre-filled Vape Pod System Kit is still designed for those who pursue the ultimate flavor.

Finally, it’s worth mentioning why MOTI S Lite Closed Pre-filled Vape Pod System Kit’s cartridge is magnetic but it comes with a plastic buckle. After vaping, you need to press the cartridge and battery to connect tightly. It was designed for a special function. (Not on the manual)-The rampant mode!

Plug and unplug three times (each time the electrode must be in contact with it), the last time you insert the clasp firmly, the LITE will continue to vibrate and the LED turns to purple, this time the rampant mode is turned on, the curve will be constant at 9W output, surprise! Bigger smoke and richer flavor!